Welcome to the Five Park condo building in Miami Beach Florida. For more information on all condos for sale in this building, please see active listings below. For expert care when buying or selling condos in Miami Beach or for all real estate services in South Florida and Miami, contact Skyrise Lab. Sign up for a free account to be notified when new listings in this building become available. 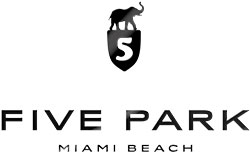 Included below are available homes for sale at Five Park located in Miami Beach.  If you would like more information on any of these Five Park listings, just click on a property to access the full details. For scheduling a tour or requesting any additional information such as floor plans, past sales history, and more contact us.

Five Park is located in South Beach just North of the South of Fifth neighborhood. The building is set directly East of Bentley Bay and the Floridian and is just North of ICON South Beach. The location allows the residents of the building to be within walking distance of shops and restaurants along West Ave all the while being just a short drive away from Downtown Miami, Edgewater, Brickell, and places like the FTX Arena (formerly the American Airlines Arena), Bayside Marketplace, the lively atmosphere of Ocean Drive, and convenient access to two international airports.

Feel free to register for a free account to receive email alerts whenever new Five Park listings come on the market that match your specific criteria.