The Crosby Condos for Sale

Search all condos for sale in The Crosby in Downtown Miami, Florida

Welcome to The Crosby condo building in Downtown Miami Florida. For more information on all condos for sale in this building, please see active listings below. For expert care when buying or selling condos in Downtown Miami or for all real estate services in South Florida and Miami, contact Skyrise Lab. Sign up for a free account to be notified when new listings in this building become available. 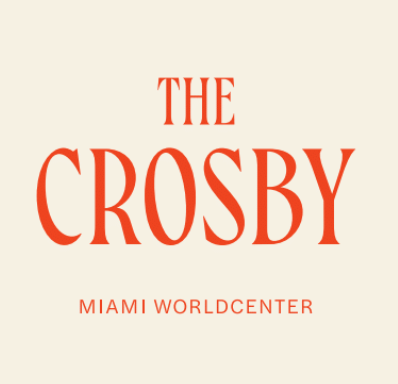 Included below are available homes for sale at The Crosby in Downtown Miami. If you would like more information on any of these Downtown Miami listings, click on a property to access the full details. For scheduling a tour or requesting any additional information such as floor plans, past sales history, and more, contact us.

This 33-story tower originally inspired by the famous Crosby Street in Soho, New York, the name The Crosby at Miami Worldcenter conjures feelings of cosmopolitan sophistication and speaks to the palpable energy of metropolitan intersections. The Crosby places residents in the center of Miami’s magic — offering unprecedented access to the city’s urban forefront and cosmopolitan pulse. The building offers 450 residences in studio, one and two bedroom configurations. The Crosby has no rental restrictions, and owners can choose to lease their property through third parties or manage it themselves.

The Crosby is located in Downtown Miami, the area is quickly seeing some of the most interesting developments such as One Thousand Museum, the Waldorf Astoria, and Aston Martin. The Crosby is steps from Maurice A. Ferre Park where the Frost Science Museum, the Perez Art Museum Miami are located. It is walking distance from the FTX Arena (formerly American Airlines Arena), the Adrienne Arsht Center for the Performing Arts, and the upcoming Miami Worldcenter. Due to its central location, The Crosby is less than a 10 to 15 minute drive from Miami Beach, the Miami international Airport, Brickell and the Port of Miami.

Feel free to register for a free account to receive email alerts whenever new The Crosby come on the market that match your specific criteria.