The Palace Condos for Sale

Search all condos for sale in The Palace, Brickell Florida

Welcome to The Palace condo building in Brickell Florida. For more information on all condos for sale in this building, please see active listings below. For expert care when buying or selling condos in Brickell or for all real estate services in South Florida and Miami, contact Skyrise Lab. Sign up for a free account to be notified when new listings in this building become available. 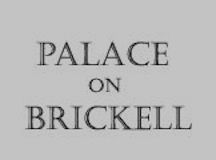 Included below are available homes for sale at The Palace located in Brickell Miami.  If you would like more information on any of these The Palace listings, just click on a property to access the full details. For scheduling a tour or requesting any additional information such as floor plans, past sales history and more contact us.

The Palace is a 40-story condo building that sits alongside the Biscayne Bay, located in the highly desirable area of Brickell. The building was completed in 1981 and is a true staple of the area. It recently has undergone a large scale renovation, including lobby and pool deck. Picturesque views on the city skyline, as well as never ending water views add to the allure of those whom look to call The Palace, home. Residents are able to enjoy of full service amenities such as concierge, valet parking, tennis courts, fitness center, hot tub, swimming pool and more.

The Palace, along with its next door neighbor Villa Regina, is one of the most distinguished of the older buildings in the area and a true staple of Miami. Aside from true iconic buildings of the 80s such as this one, Brickell has seen a tremendous increase in new development condo buildings since the early 2000s until today. The area is categorically recognized as the most walkable neighborhood in town, but it is centrally located within most of Miami's major arteries allowing for a short drive to Downtown Miami, Edgewater, the Design District the Miami International Airport and of course Miami Beach.

Feel free to register for a free account to receive email alerts whenever new The Palace listings come on the market that match your specific criteria.